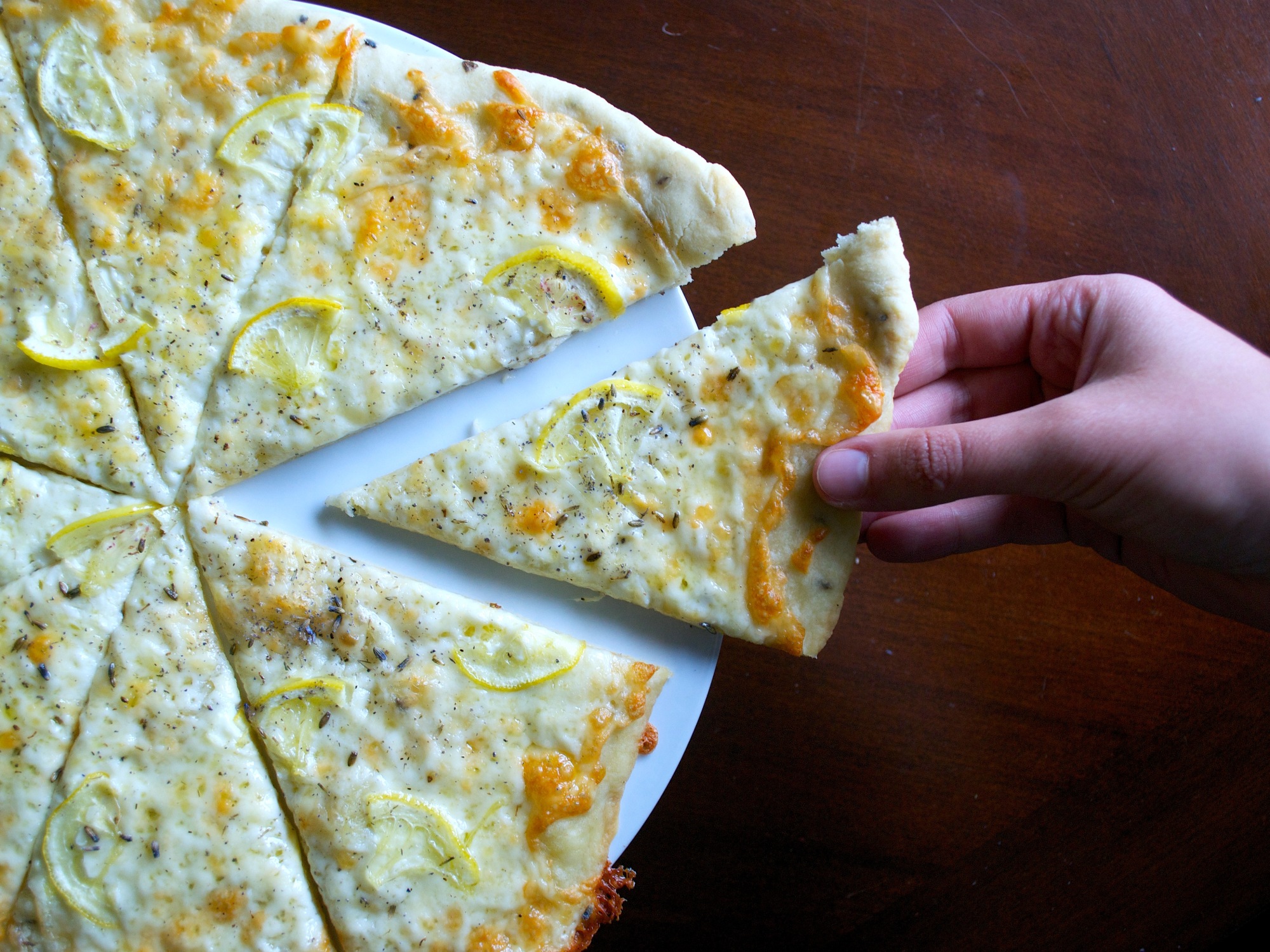 Pizza.
Is there honestly anyone who doesn’t like pizza?

I teamed up with Bite Me Vancouver and Pina Bresciani (both local foodies) to throw a Pizza Mixer for our foodie influencer friends. Needless to say pizza and good company go hand in hand!
When planning for the party we had decide who would make what type of pizza. Pina took on some classics, Clarissa handled the dessert pies, and I wanted to try my hand at thinking outside of the (pizza) box. Immediately an idea formed and I came up with a deep dish spaghetti pizza. I had the blueprint in my head, luckily it played out exactly how I imagined it would!

Next I had a specific ingredient in mind – lavender! I wasn’t sure how I was going to execute it.
Eventually I came across some Lavender Blossom Water from Bitarome at The Gourmet Warehouse and using some dried lavender I concocted the perfect dough!
At the party I created the pizza with plant based cheese from Gusta and then used a mandolin to thinly slice a lemon, quartered the slices, and just placed them on top of the cheese before baking. Once it finished cooking I wanted to garnish it with more dried lavender so my boyfriend (he’s a chef) decided to crush some on top.

Total hit at the the party!

Pre-heat oven to 350 degrees.
Mix flour, baking soda, salt, and 2 tbsp of the dried lavender in a bowl. Add olive oil. Take your 3/4 measuring cup and pour the lavender water inside. Then fill the rest of the 3/4 with your milk (so the combined totals of the lavender water and milk equals 3/4 cup).
Mix and knead well until dough is formed.
You have enough dough for two pizzas, so take half the dough and place onto a floured surface. Roll out and place on a pizza pan (or stone, or whatever you’re going to use).

Now it’s up to you what choices you’ll make when proceeding!
I opt for just using olive oil as the base on the pizza so it doesn’t interfere with the lavender flavour. Load on your cheese of choice.
Take your lemon and thinly slice it, or use a mandolin. I found it easier to eat the lemon slices if they’re on the pizza as halved or quartered slices.
Bake for 15-20 minutes (check for a golden crust).

Remove from the oven and with the remaining tbsp of dried lavender crush it between your hands while sprinkling it on top of the pizza. 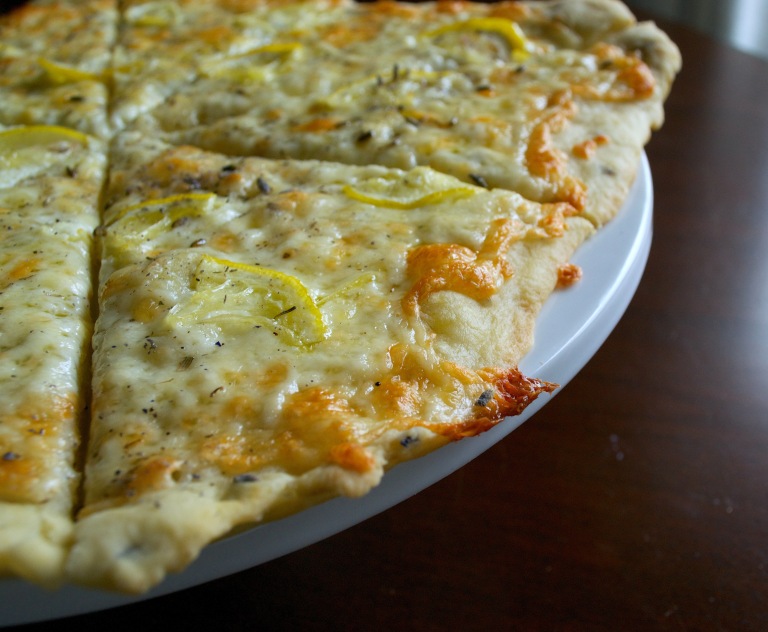 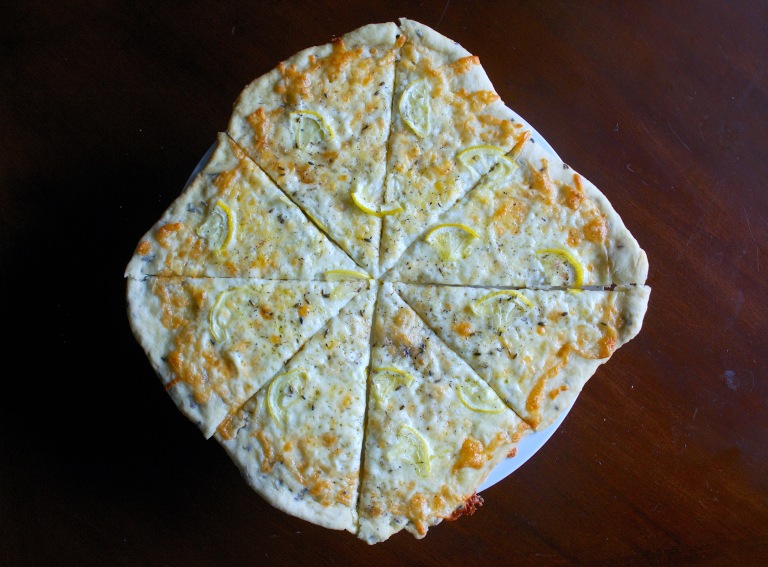